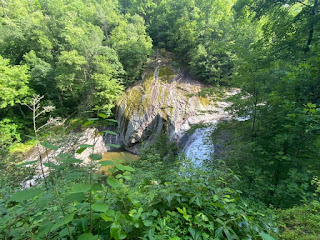 About a week ago my good friend and fishing buddy Kevin sent me a message about maybe hitting the creek in the next week or so. I am always ready to go so I checked the weather for the following week. The weather for our normal stomping grounds in Nantahala National Forest was not looking good, with above 50 percent chance of rain every day. Thinking that maybe just a little further east in Pisgah National Forest it might be better and it was, quite a bit better actually. There was still a chance of rain every day but not as high a percentage. I called Kevin and it was decided we would hike and fish a stream there that I had been on before but Kevin had not. 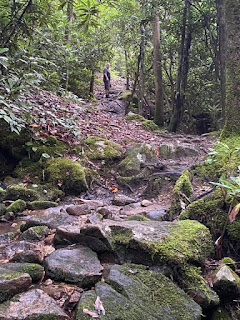 I met Kevin at the trailhead a little before 9AM on Monday, there were a lot more cars there than what I expected for a Monday morning. Nevertheless, we donned our packs and started up the trail. The initial climb going in is a brutal series of very steep switchbacks that kicked both of our butts, by the time we got to the top my heart rate was somewhere between a shrew's and a hummingbird's. The entire trail is pretty challenging, steep rocky sections, narrow with a lot of exposed slick roots. Honestly, it was fun to hike somewhere a little more challenging than some of our usual four-lane highway trails.

We made it to my favorite camping spot with no issues. This spot is off the trail a little way and is clean, open, and right beside the creek, perfect. 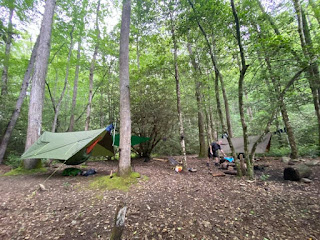 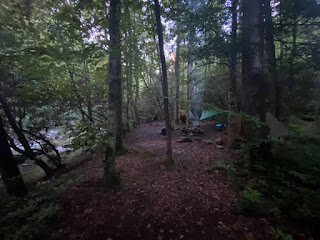 It was still early in the day after we got camp set up, my normal Dutchware hammock and Warbonnet tarp, so we decided to go fish for a while. I had brought a new pair of wading boots, a pair of Hodgman boots that I was very proud of the fact that I had gotten online at a clearance sale for only $15, and was anxious to try them out.  Kevin and I got our gear together and started fishing upstream from camp. Even though it was the middle of the day with the bright sun hitting the water we had a great session with both of us catching a good many of both brown and rainbow trout. So far my boots had done fantastic, they fit well, were lightweight and the felt soles stuck well to the smooth rocks in the stream. 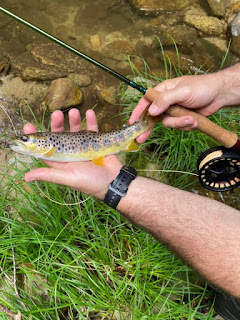 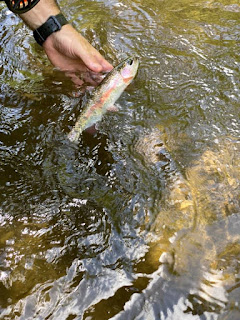 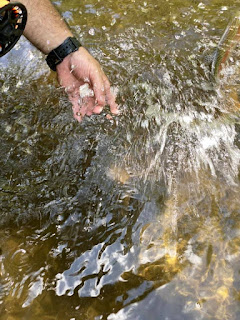 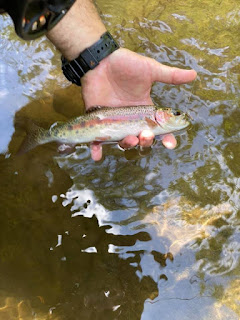 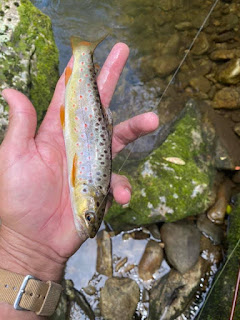 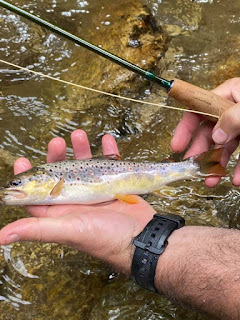 After a few hours of fishing, we decided to head back to camp for a bite of lunch. No more than a few hundred yards down the trail back to camp and I noticed my right foot felt funny. Looking down it was easy to see why, the felt sole on my brand new $15 boots was flapping with every step, only attached at the heel. I ripped it the rest of the way off and limped my way back to camp.

The next day, Tuesday, we were setting in camp and heard a commotion coming down the trail, kids yelling and talking loud, sounded like a fourth-grade field trip. In a few minutes, we had a woman, man, and 4 young boys walk into our camp disappointed because we were camped in the spot they had planned to use. They decided to camp in another spot right on the trail very close to where Kevin and I were camped.  I was a little worried about having people camped so close but it was absolutely unfounded, they were a very nice and polite group and a joy to share the trail and stream with.

Besides the amazing fishing, the highlight of this trip, due to the daily showers I am sure, was the abundance of really interesting fungus, mushrooms, and flowers. I saw so many different varieties that I had honestly never seen before. Also, we found a huckleberry bush loaded with berries and Kevin and I both really enjoyed them, they were sweet and delicious. 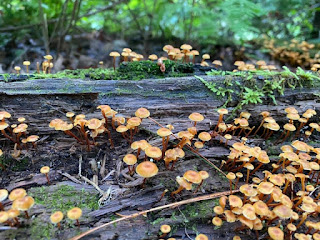 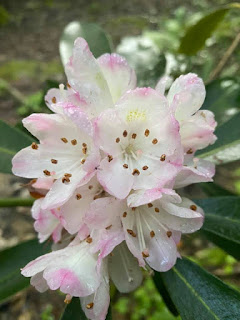 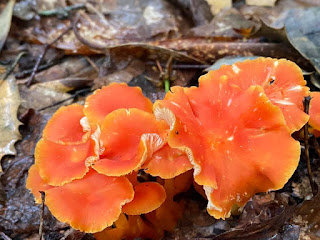 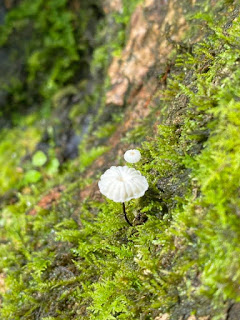 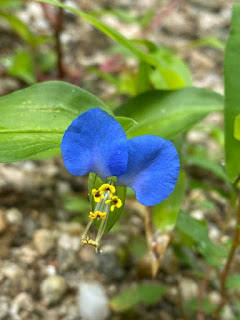 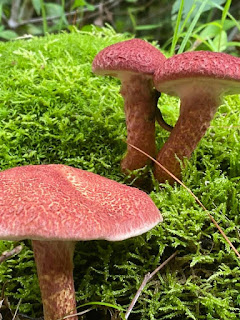 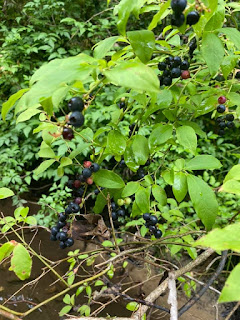 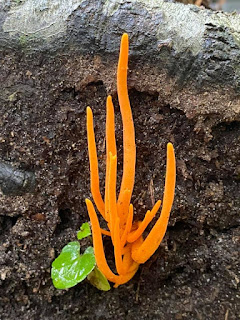 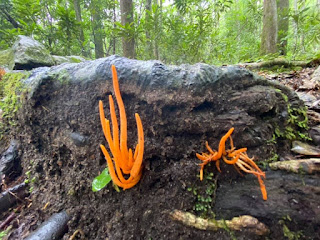 It did in fact rain on us every day but just gentle showers in the evening that made the water slightly dingy and may have actually improved the fishing.
The sole less right boot was only a minor inconvenience until the last fishing session on Wednesday. I was crossing the stream on a very narrow rock ledge with a very deep section on one side and a fairly good drop on the other. I stepped with my sole less right foot and it slipped as soon as I put any weight on it, luckily and unluckily dumping me into the deep portion. I caught myself on a rock with my left elbow or I probably would have gone in over my head, which would have been better than knocking the divot of skin and meat out of my elbow. Oh well, should have taken my tried and true Korkers. If a deal sounds too good to be true then it probably is and these boots lived up to that wisdom. 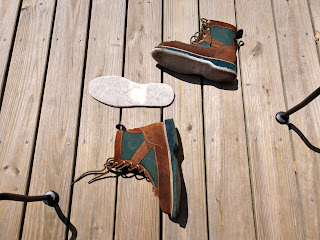 I did do something on this trip that I have never done. I fished the entire time with the same dry fly, not the same pattern but the same exact fly. It held up amazingly well and I am sure would keep catching fish. That, in my opinion, is one of the best incentives to tie your own flies; durability. With store-bought flies you're lucky to catch more than a couple of fish, this one is well into the double digits, showing some wear but still going strong. 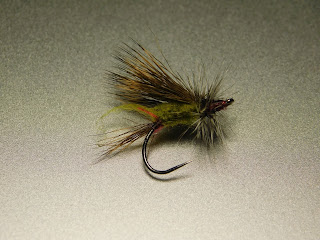 If you enjoyed these fantastic pictures they were all taken by Kevin you can follow him on Instagram @ikevin007. He does a lot of cool outdoor stuff and hand paints some really cool bass lures, check him out.

All in all an absolutely fantastic trip with great company, scenery, and fishing. Already looking forward to the next one!