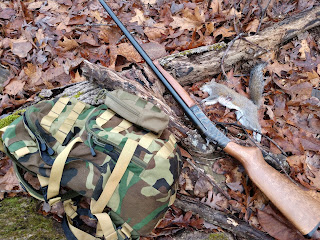 I have mentioned in past posts that in my youth squirrel hunting was a pretty big deal. Today, in 2020, I realize that a lot of people would find that extremely strange. I can assure all of those skeptics that in the rural Appalachians squirrel hunting is alive and well and that squirrel and dumplings are still a dish that you look forward to. Truthfully, until just a few years ago small game, squirrels, in particular, were just about the only game animals with huntable populations in the rural Appalachians. A combination of primitive logging practices, the blight that killed off the wild chestnuts, and subsistence hunting during the depression had all but annihilated the game native to Western North Carolina. For all intents and purposes, the deer, wild turkey, and bear were extinct.

I think one story common in the region sums up what it was like in Western North Carolina during the depression years. During this time frame, people throughout rural America went to school in small, one-room schoolhouses. All the children had to bring their lunch, the school did not provide lunches like they do today. One particular young man said that his lunch every day was two biscuits leftover from breakfast with a tiny bit of jelly. He said that after a couple of years of this he was absolutely sick of eating the same thing every day so he devised a plan to have a different meal, by stealing another child's lunch. The lunches were kept on a shelf in the coat closet, the plan was that as soon the class was released for lunch he would hurry into the closet, find the heaviest bag on the shelf and run outside to eat it. The next day the teacher released the class for lunch, the boy rushed into the coat closet, quickly felt several lunches, picked the heaviest one and rushed outside. He went over behind a big oak tree at the edge of the schoolyard so he could enjoy his stolen prize without being seen. He undid the folded bag and dumped the contents on the ground and was devastated to see that it was three hickory nuts and two rocks to crack them with. The moral was that he was cured of stealing and that his situation could be a lot worse, two jelly biscuits really weren't that bad after all. Of course, this is just a joke with a moral, but I think it does describe just how poor people were in that area and squirrels would be a welcome addition to the
table and were vigorously pursued.

I still very much enjoy squirrel hunting and carrying on my rural traditions. I am happy to say that I don't have to hunt to get enough to eat but just for the joy of getting out into the fall and winter woods and putting healthy meat on the table. Squirrels are surprisingly tasty, no they do not taste like chicken, they have a unique gamey taste that I really enjoy. So how do you go about squirrel hunting? First, we are talking about tree squirrels, mainly grey squirrels but also fox squirrels in some areas. Squirrels can be found practically anywhere that mast-producing trees such as oaks and hickories are found. Once you find a good stand of these hardwoods be on the lookout for bundles of leaves wedged high up in the trees and fresh acorn or hickory nut cuttings. 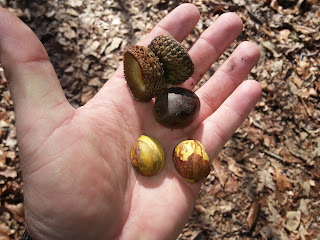 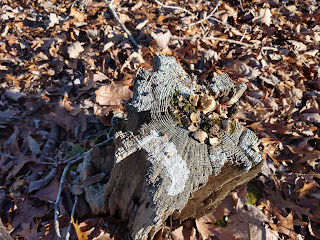 The bundles of leaves are nests made by squirrels and the cuttings are discarded shells of tree nuts eaten by the squirrels. Since squirrels are most active in the early mornings and late afternoon these are the most productive times to hunt them, either by sitting and waiting at a likely looking area or moving slowly and scanning the trees for movement. Most of the time you will hear the squirrels rustling in the leaves before you see them, whenever you hear a commotion in the leaves it is best to pause and look for the telltale shaking of branches or for the squirrels scurrying on the forest floor. Squirrels are pretty small animals but surprisingly tough for their size. Shotguns in 12 or 20 gauge with high-brass number 5 or number 6 shot is an excellent choice in the early season when the leaves are still on the trees and shots will be close. Later into the season when the leaves are off, and the squirrels have been hunted and are more skittish, shots will be longer so a scoped .22 is a good choice. 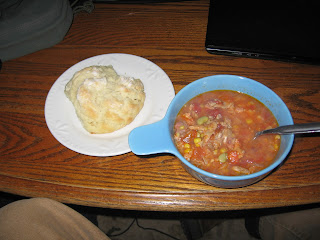 What do you do with squirrels when you're lucky enough to bag a few? As I mentioned they are delicious and can be used in tons of recipes. For brevity I am not going to get into cleaning methods or recipes, a simple google search will bring up tons of both. I will say that my personal favorite way to use squirrels is with dumplings, just like chicken and dumplings, and in Brunswick stew. It is actually opined that if it does not have a squirrel in it then it is not truly Brunswick stew.

If you enjoy roaming the woods and putting good wild meat on the table then, by all means, give squirrel hunting a try. A big pot of squirrel dumplings or squirrel stew sure beats three hickory nuts and a couple of rocks every time!!