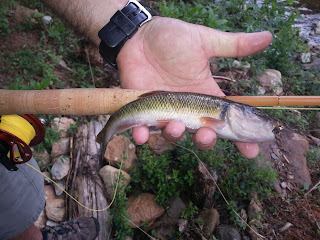 So ask anyone that fishes with me and they will tell you I am a world class chub fisherman. I know I have talked about it before and I really hate to brag, but I am just that damn good when it comes to catching knotty heads. I realize that there really is no good reason to catch them but whatever, another man's trash is another man's treasure. 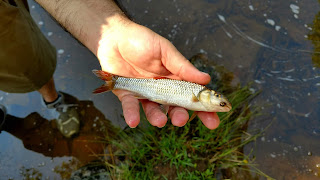 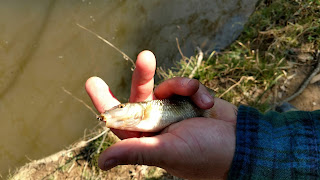 So one day me and my wife were visiting her mother and I was a bit bored so I said that I was going out behind the house and catch some knotty heads, there is a fair size creek behind my mother-in-law's house. My wife asked what a knotty head was. I honestly could not believe that my wife, raised on a creek in rural Appalachia, did not know what a knotty head was. I told her that she was in luck, she was in the presence of maybe the best chub fisherman in western North Carolina and would get my rod and show her in person what a knotty head is. So I got my rod, a size 12 hook and a nice slice of fresh bread. I was not messing around and went straight for the quintessential knotty head bait, a big dough ball right from the center of a fresh piece of Wonder bread.  Me and my wife went down to the big culvert hole where the creek runs under the road, I baited up with my doughball and tossed it into the hole. In just a minute I felt the trembling tapping that was the tell tale that a fish was on my bait. I lifted my rod tip to set the hook and all hell broke loose. Instead of lifting a four inch knotty head out of the water my rod bowed over and whatever was on the end of the line headed for the far end of the hole pulling drag the whole way. After a few choice words, me half climbing/half falling down the bank I finally got down where I could play the fish and get it to the bank. It wasn't a knotty head. 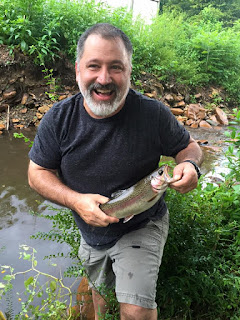 So all of this just goes to show the cantankerous disposition of fish. Fish for knotty heads and catch nice trout in creeks that are not supposed to have trout in them, fish for trout in pristine trout streams and catch knotty heads. 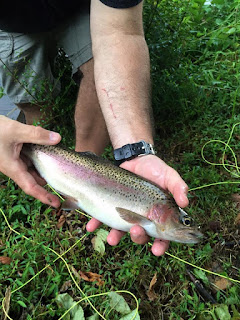 I hate to say but that poor fish swallowed that doughball and I ended up eating it for supper. But I went back late that evening with my fly rod and a Joe's Hopper and found this guy and several more smaller ones. Seems this creek is no longer just a hang out for knotty heads but has some very decent size trout in it now. All jokes aside, really makes me happy to see quality fish in this stream that used to be one of my number one knotty head producers.
See you on the Creek, Chris